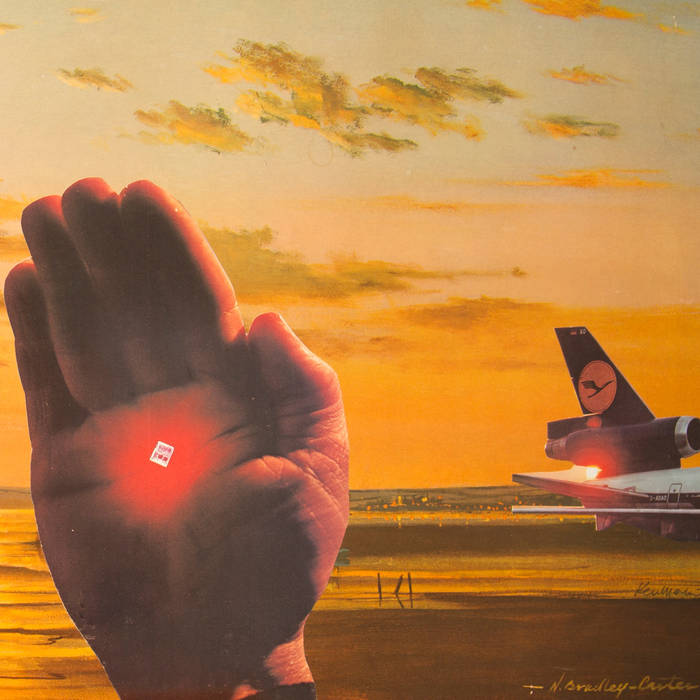 "[Bulbs On] may be the best instrumental prog album you hear this year" (Larry Kolota, Kinesis)

"sophisticated rock music, compelling, challenging, melodic and accessible at once. In short - substantial food for prog gourmets." 4/5 (Rivertree at Progarchives.com)

"An album with a varied palette of sounds and textures which mesh into a cohesive and enjoyable whole. It can be sweet but it can also be bitter. Light and warm, then dark and dissonant. Fiery and delicate... I will certainly be listening to this album often and for many years to come. Miss this at your peril!" 9/10 (Bob Mulvey, Dutch Progressive Rock Pages)

"primarily an instrumental, guitar-led album of Prog Rock capably fronted by the enormously talented Neil Campbell. Playing classical and electric guitar as well as keyboards, Campbell has carefully crafted a slice of electronic delight. Heavy in places, dream-like and then wonderfully dark in others, ‘On’ ticks many boxes..." Richard Watts, Rock Society Magazine

"Neil's expressive guitar playing blends with Marty's sympathetic soundscapes and the 21st-century drive of the rhythm section to create polished contemporary Prog . . . One can only hope this is just the first in a new series from the band. Excellent" (Keith Ames, Musician)

“‘On’ packs in more ideas and expert musicianship in under 1 hour than a lot of bands do in their whole careers…. Literally, awesome. 10/10” (Tom Calderbank, Catalyst)

"I have grown to love this album and I can heartily recommend it to any serious prog collector and /or any friend of great music!!" 4/5 (Tonny Larsen, Prog Planet)

"If you need something interesting and different to listen to, this is the ticket to imaginative sounds." (Mark Johnson, Sea of Tranquility)

"If you’ve seen Bulbs live before then you’ll know that this is an experience to be treasured in many ways – this is a band that lights up even the darkest of rooms, and not just by their name!" (Seba Rashii Culturezine)

"Unfortunately this album is not high profile enough in the sometimes insular world of Brit-prog to make many End of Year lists, which is a shame as it is musically accomplished, accessible, and, most importantly, cliché free. No lesser personage than Jon Anderson gives On the Accrington thumbs-up on the Burning Shed site; "wild and wonderful music" he calls it, and he ain't wrong." (Astounded by Sound)

"like Mike Oldfield before him, Neil Campbell is an outstanding guitarist whose originality of thought makes him far more than just another gifted purveyor of finger acrobatics." (Paul Fowles, Classical Guitar Magazine)


Hailing from Liverpool, UK, Bulbs music combines creative adventurousness with information and sound samples chosen to challenge the audience to look around them at the world in which they are living. It aims to ‘switch on listeners like light bulbs’ to question conventional wisdom and corporate media propaganda.

As a virtuoso solo guitarist Neil Campbell expands the scope of his already densely textured compositions with various loops, delays and other electronic effects, making his classical guitar sound like a multi-timbral guitar orchestra. His various collaborations and his concept performance pieces such as ‘Ghost Stories: A Night Opera’, ‘Frankenstein’ with The Neil Campbell Collective and Sense of Sound Singers and a new composition being developing with Jon Anderson (Yes), have earned him a reputation for musical ambitiousness and innovation.

For Bulbs he has teamed up with Andy Maslivec, bass player from The Neil Campbell Collective, Joey Zeb, session percussionist and drummer with legendary underground Liverpool dub institution The Zeb and Marty Snape (The Mighty Zeb / The Hat Band).

Joey, a founder member of Zeb, has his roots in prog dub. He has sessioned on various reggae, rock, folk projects and met Neil during the highly respected N F I electronic improv sessions.

All music composed by Bulbs