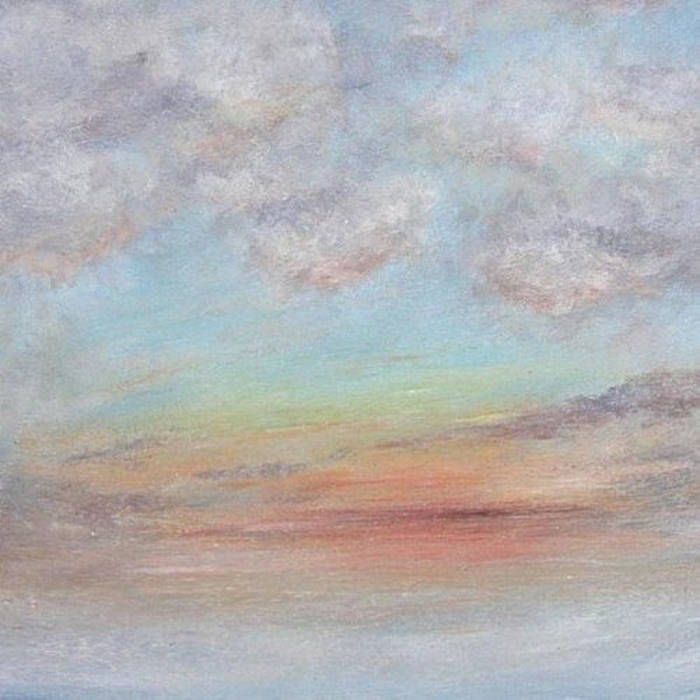 Neil Campbell is a Liverpool based composer who has built up a considerable body of systems or algorithmic musical compositions, i.e. music which is designed rather than composed in a conventional sense. Once the rules for these pieces are set the pieces run 'automatically'.

This approach to making contemporary music has its origins in the minimalist works of composers such as Steve Reich and the ambient works of Brian Eno, amongst others.

Following postgradute studies in Music (specialising in Composition) Neil has gone on to produce three albums which fall into this category - Rotations (2002), Assembly (2005) and The Path (2012).

The Path is a four movement ambient classical suite based on concepts drawn from Herman Hesse’s novel Siddhartha.

The novel Siddhartha charts one man’s journey to spiritual enlightenment through several stages of his life from years spent as a follower of various fixed spiritual paths (organised religions) through his adoption of a materialistic life of business, and finally to his enlightenment catalysed by the idea that the whole of life’s experience is akin to that of a river which is constantly flowing and which contains all future, all past and all experience in one moment.

The Path’s four movements contain the linear trace of the narrative with the opening movement, Paths, relating to possible religious and spiritual paths travelled through adherence to religious practices, gurus and lifestyle choices. It relates to the idea of following but not seeking and not finding - of believing one already understands that the answers are present in the belief system being adhered to. The second movement, River, is the introduction of the concept of the ever flowing river of time, life and experience which is the central concept of the book. The third movement, Acceleration, represents the character’s immersion in the world of business and materialism, which is another component of his life experience, his journey. The final movement, Awakening, represents his realisation, through his life’s experience and through the intervention of the philosophy and example of the boatman he meets on the river, that takes our character Siddhartha into his new realm of enlightenment.

The four movements of The Path are cut from the same harmonic cloth, and through their almost static consistency and yet distinctly different textural sound worlds they emphasise the concept of total change or progress and that of total stasis, existing simultaneously. Throughout the work rhythmic structure and process is used as the driver for its development.

I see the piece as a kind of symphony of stasis with the four movements creating a kind of sonata form with first and second exposition groups (Movements One and Two), a development section (Movement 3) and recapitulation (Movement 4).

Movement one, Paths, is a four line mensuration canon for four pianos. The theme is introduced as a long melodic palindrome written in equal quavers. It is then joined by successive rhythmically augmented versions of this theme, at successively lower octaves with each entry. Reverse reverb is applied to the three upper piano parts allowing the hanging effect of the harmony-on-the-fly to take effect with maximum result.

Movement two, River, for five layers of classical guitars uses a harmonic formula based on an E Minor 13 chord voiced as two sets of two perfect fifth intervals separated by a semi-tone (E-B-F#-G-D-A) – ‘The Path Chord’. As a guitarist/composer this is certainly my favourite chord and one which recurs throughout my work. Five lines are created from six dyads derived from a matrix based on The Path Chord, and these are played using a tremolo technique on strings 1+2 (line 1), 2+3 (line 2), 3+4 (line 3), 4+5 (line 4) and 5+6 (line 5). These tremolo lines are introduced one by one starting with the highest two strings (line 1) and introducing successively lower lines as the piece progresses. At the end of the piece the parts withdraw in reverse order creating an arch form across the movement. The durational progression from one dyad to the next in each of the lines is not fixed by standard musical notation and is simply roughly counted by the performer – emphasising the new concept of time which the music is describing. The rate of change varies from line to line with higher pitched lines moving from dyad to dyad at faster rates than lower ones. Additional reverb and delay are used to emphasise the tremolo effect and this creates, as the texture builds, psycho-acoustic effects, due to a preponderance of second intervals resulting in a beating series of sustained wind like drones.

Movement three, Acceleration, for solo piano takes The Path Chord (E-B-F#-G-D-A) and transposes it to form a sequence of chords each based on the root notes E-B-F#-G-D-A. Then each of these sets of 6-chord sequences are in turn transposed by the same interval structures, over and over again, in a process I call fractal transposition. The macro structure of the piece built on the six pitch intervals in sequence can be heard through six very high notes scattered at the beginning of each successive cycle of 36 chords. The entire piece involves a steady accelerando which is achieved through the use of metrical modulations whereby triplets presented against quavers establish themselves as new crotchets propelling the piece into spiralling tempo change. The increasing tempo mirrors the increasing pitches of the chord voicings up the keyboard which are a product of the fractal transposition process.

Movement four, Awakening, reprises for layered voices the opening theme from the mensuration canon of the first movement. The lines, here consisting of mixtures of regular and sustained notes to form more rhythmically refined patterns (unlike the opening of regular notes) weave together in cycles of different lengths to form a cyclic structure in which very similar lines but each with slightly different rhythmic profiles enter the texture at staggered intervals and move gradually out of synchronisation with each other creating new harmonic and rhythmic consequences on the fly. In the second part of the final movement, after a brief pause, the full piano texture of movement one is reprised as the accompaniment for the ongoing choral texture forming the emotional climax of the piece.