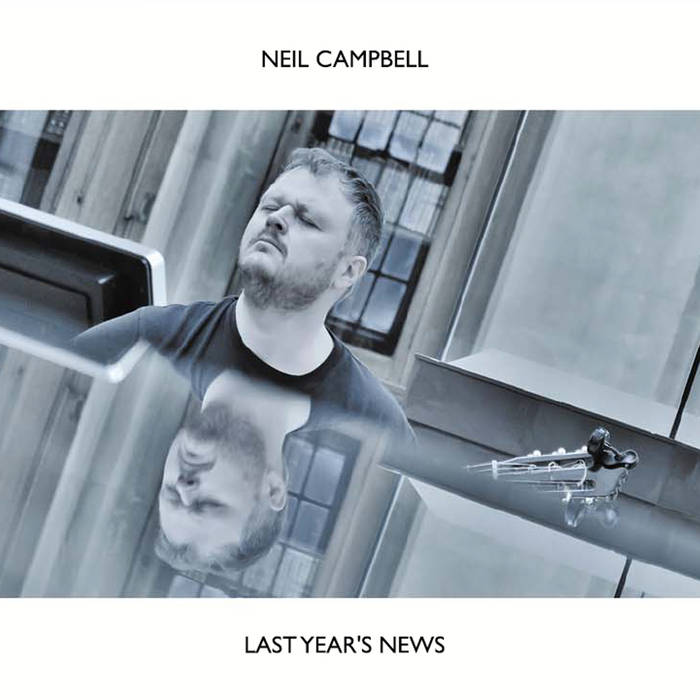 Last Year's News is the third album in my Flood Trilogy along with the solo album The Outsider - News from Nowhere and the band album After the Flood. The concept underlying the three albums involves imagining what sort of music musicians might make if, after some sort of disaster (man-made or natural), there were just a handful of survivors intent on creating the musical soundtrack to a fairer world than the one in which we currently live.

This album is a more personal album than its two predecessors and is drawn into two halves, the first half light and positive, and the second half (side 2 if you like) slightly edgier and more introspective. Most of the pieces were composed as initial sketches throughout the course of 2017 and recorded as little demos on my phone, mainly on steel string acoustic guitar.

Whilst almost every one of my recent recording projects has involved protracted studio sessions sometimes months apart with lots of thinking time between sessions and lots of opportunities to add layers and refine performances and mixes, with this new project I wanted to get as close as possible to the spontaneity of getting ideas down without too much procrastination and planning. So, within this set there is a high degree of improvisation and the compositions were to a very large extent completed quite intuitively and quickly in the studio over a very small number of sessions.

“Stunning, evocative and truly engaging, Last Year’s News transcends the expectations of an instrumental, acoustic guitar based album to become a hugely involving and rewarding showcase of the wonderful, underrated talents of Neil Campbell. The Flood Trilogy has been magnificent from start to end, but for me, its third and final instalment closes the journey on a real high.” - Steven Reid, Sea of Tranquility

"Tubular Rainbows is expertly crafted, clever in the way it builds texturally and dynamically while Neil Campbell’s guitar playing is mouth-wateringly virtuosic and delivered with a lightness of touch that lends the music an extra degree of fluidity. There is a Mediterranean undercurrent too, especially in the descending minor chords and corresponding melodic theme. I hope this finds its way onto a playlist, perhaps via BBC Radio 3’s In Tune? It is certainly highly deserving of such exposure." - Neil March, BBC Fresh on the Net

“one of the UK’s seriously undiscovered composers. I’m at a loss as to why Neil Campbell hasn’t been plucked up by an independent, or for that matter, a major record label – but we live in hope.” - Bob Mulvey, The Progressive Aspect

“‘Last Year’s News’ takes us on a floaty futuristic folk journey, ideal for listening to indoors on a rainy day whilst working or outdoors on a fine summer day. The album’s dream like flow is easy to listen to and leaves the listener in a state of awe at Neil’s graceful and delicate command of the guitar strings. Another work of art from one of the region’s finest guitarists.” - Justin Hopper, La Vida Liverpool

“The final part of multi-talented Neil Campbell’s latest Flood Trilogy comes courtesy of this idiosyncratic and more introspective album, Last Year’s News. There is a sense that tranquility and repose have been achieved in this third compilation after the searching and chaos that has gone before and indeed the title of the CD, Last Years News, hints at having moved on.” - Joe Coventry, Nerve

“This is the third release in a ‘flood’ Trilogy exploring the music that musicians would make after an apocalypse. The result contains many moments of beauty and is deserving of a broader audience.” - The Musician

“the dozen cuts on Last Years News are a startling creation of elemental guitar genius that will stir the imagination and soul.” - Peter Thelen, Expose

Cover photo by Adrian Wharton, used with thanks
Design by Paul Hunt